Get the latest creative news from FooBar about art, design and business.

On 27th August 2021, Samsung unveiled their new and improved flip phone which is the Samsung Galaxy Z Flip 3. Even though it looks similar compared to the previous flip phones, there are a few aspects that are definitely worth looking into.

Before we get into the features, let’s take a look at Samsung’s previous flip phone release, the Samsung Galaxy Z Flip.

It was introduced on February 14th of last year and although at first, it looked promising, it didn’t take long for users to notice its flaws. Among the visible flaws were the screen was made of plastic and was easily cracked.

That being said, since then Samsung has built upon it and redefined its features and spec, bringing us to the new and improved flip phone — Galaxy Z Flip 3.

Say goodbye to plastic, and hello to Gorilla Glass victus. One of the major changes to Galaxy Z Flip 3 is that Samsung upgraded it with a more firm and durable screen. This makes it more secure for users to fold their phones multiple times without having to worry about cracking it. Kudos to Samsung for addressing this problem and giving its users a reliable solution.

There are a number of top-notch upgrades that Samsung has integrated in the new flip phone, which I will explain more to address the main question that most users should ask themselves — “should I buy this smartphone?”

In this day and age, people are rushing out to get their hands on the latest smartphones just to keep up with the current trend and it just so happens that the Galaxy Z Flip 3 is the latest trend in question.

However, how many times have we heard of those users who fall for this marketing tactic and hurriedly bought new phones without at least doing some research?

Which brings me to the main objective of this article — Galaxy Z Flip 3, to buy or not to buy? I’ve discovered a number of reasons why you should splurge your money on this smartphone as well as why you should avoid purchasing it, or at least put off buying it.

Samsung has upped their game by upgrading the Galaxy Z Flip 3 cover display to four times bigger than its predecessor, making it 1.9 inch. There’s only so much that you can see from the 1.1 inch cover display of Galaxy Z Flip. Now with a bigger screen, it makes seeing notifications at first glance more convenient. You could also accept calls, change songs, check the weather, set alarms without the need to flip open your phone. And if that doesn’t catch your attention, you could also customize your cover display according to your aesthetic. 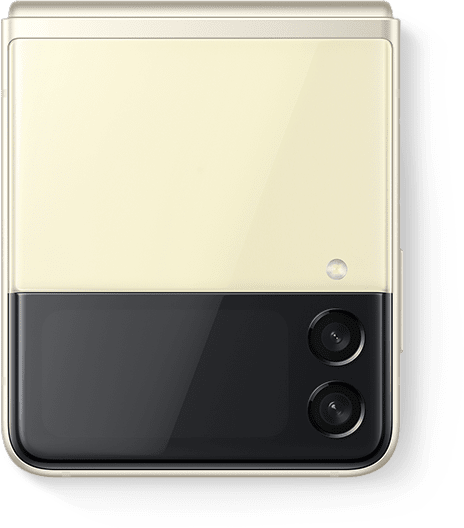 You might have noticed that the interior display for Galaxy Z Flip 3 is of the same size as the Galaxy Z Flip which is a 6.7-inch display screen. However, the newer smartphone has a refresh rate of 120Hz. This makes scrolling run smoothly and suitably to the current application using.

It’s no surprise that folding phones will have users fearful of its durability, especially since the previous flip phone blip. That being said, Samsung has since upgraded to using Corning Gorilla Glass Victus as its outer display. As an addition, Samsung’s Armor Aluminium frame protects your phone from cracking here and there. 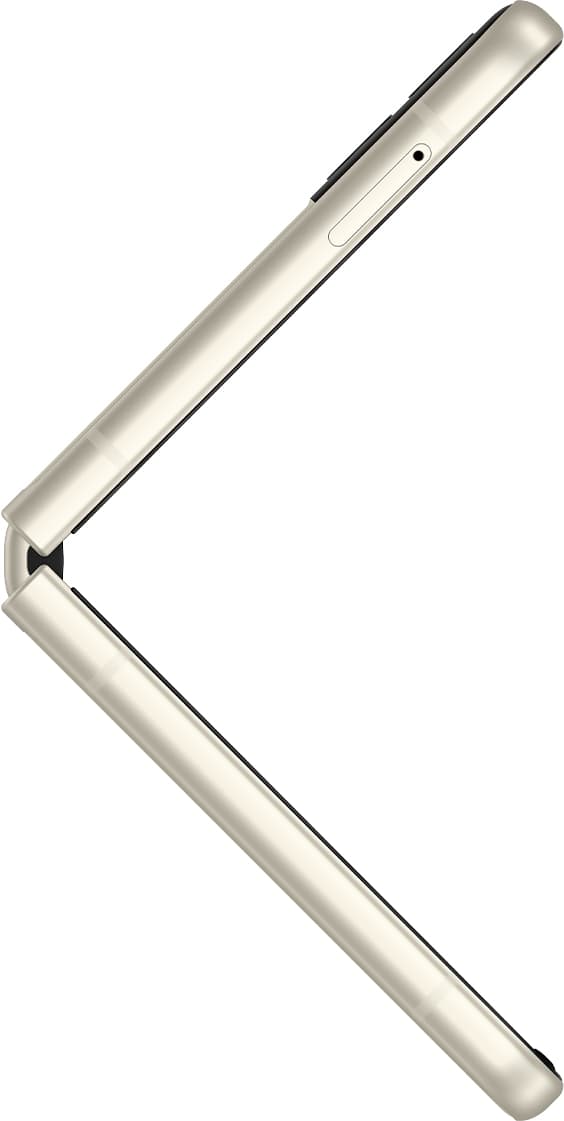 Samsung made amends by adding IPX8 water-resistant to this smartphone, whereas before the Galaxy Z Flip didn’t have this feature. The IPX8 offers water resistance up to 1.5 meters in water depth for about 30 minutes which means if your smartphone gets a little splash of water, it won’t do much damage. Even so, it’s best to avoid dropping this smartphone in the water. The only minor setback is that it’s not dust resistant. 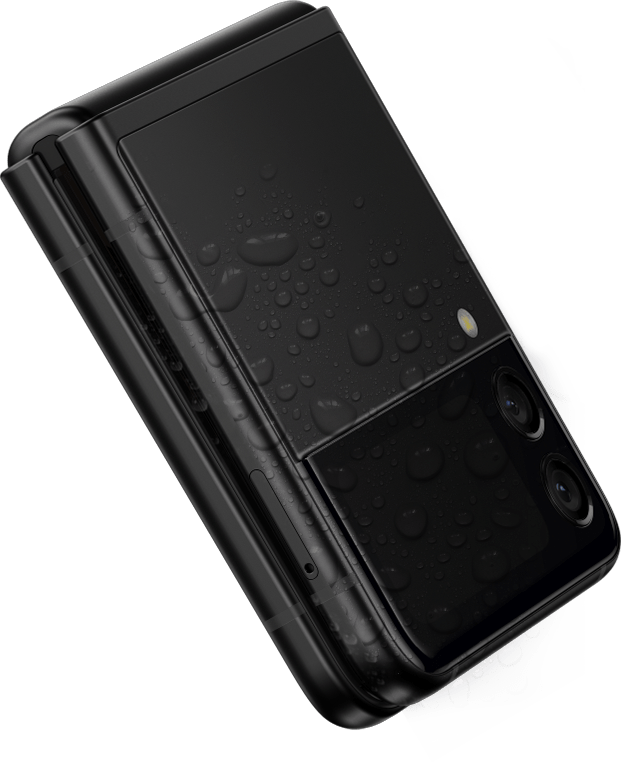 Introducing ONE UI software enhancement, Flex mode. Flex mode enables you to run two applications at once. Multitasking at its finest. The best way to experience this is using the Camera app One. The top part can be used as the camera and viewing mode while its bottom part serves as the control panel and base area. Capturing images will be a whole new experience where you can put it at a desirable angle, making it easier to capture hands-free pictures. Answering emails whilst scrolling through YouTube has been made easier to your comfort. Another best way to take advantage of the Flex mode is using its video call feature. Gone are the days where your arm gets cramped due to holding your phone for too long when you’re video calling. Now, with the Flex mode, simply put your phone at an ‘L’ shape and enjoy long hours of video-calling. Though not many applications can be used in the Flex mode, this is still one of the best features in the new Galaxy Z Flip 3.

Like the original Flip, the new Galaxy Z Flip 3 has a capacitive fingerprint sensor located on the side. What makes this different, however, is the sensor collects fingerprints faster and also acts as a power button. In any scenario where you need to shut down your phone, it’s easier now with the power button and fingerprint sensor both in the same place. Even if you save a millisecond, it’s efficient enough.

This Galaxy Z Flip 3 is integrated with Qualcomm’s recent processor, which is the Snapdragon 888 chipset that runs faster than the previous flip phone. Safe to say that its performance level is on par with its display, meaning that this smartphone can handle anything that you throw at it (figuratively speaking). Any mobile game should work efficiently and fast under this smartphone.

Hoping for better camera features? I’d suggest you look elsewhere. The Galaxy Z Flip 3 camera remains unchanged. This smartphone has a 12MP (f/1.8) primary camera at its back, as well as a 12MP (f/2.2) ultra-wide shooter and a 10MP selfie camera on the interior display. One would assume that with its many other cool features the camera application will also be one of them, but unfortunately, it’s not. In all fairness, the camera function still serves as a great camera but this might be an aspect that will make others feel hesitant to buy seeing as most buyers will expect a better camera function. 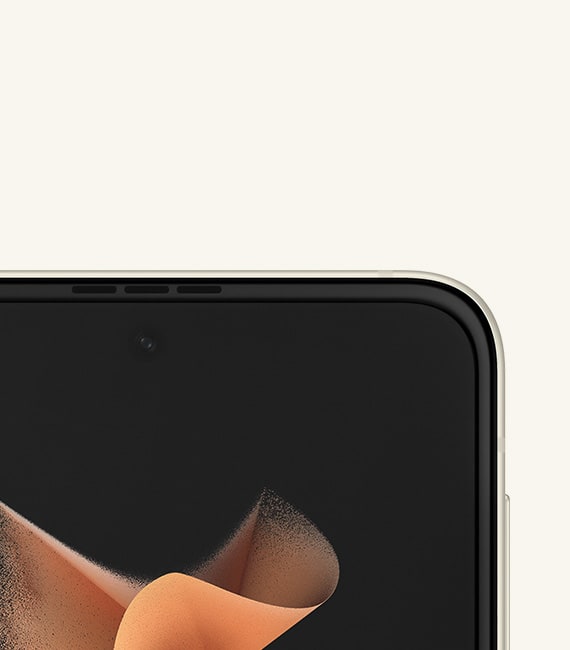 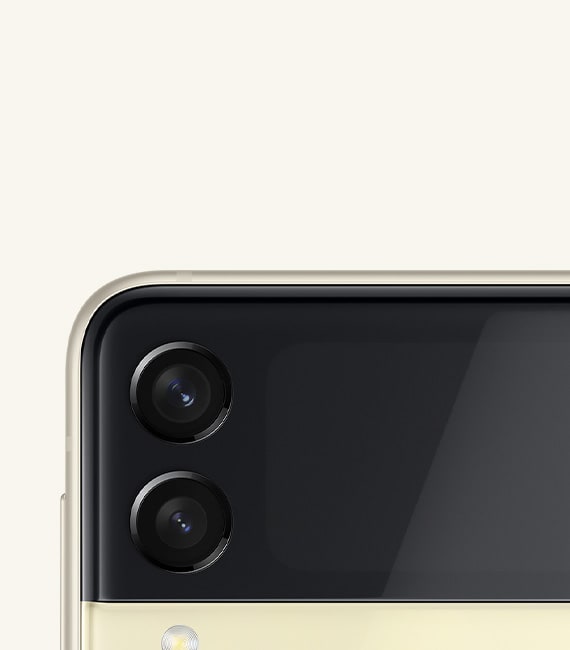 Same, if not shorter battery lifespan

It’s no surprise with its compact size that this smartphone uses the same 3,300 mAh as the original Flip and is only limited to 15W charging. This means it only lasts for only about 11 hours (give or take) with 3-4 hours of average screen time. If you’re a heavy phone user, this might not be the best phone to go with as you’ll end up with low battery before the day ends. Another hassle is the need to bring a power bank with you everywhere you go.

The crease is still there

At a certain angle when it’s folded, the creese is visible to the naked eye. Moreso, you can still feel the creese when scrolling through your screen. This minor discomfort may be in the Samsung works and may take some time to adjust, especially if you’re a first time flip phone user.

Verdict — Samsung Galaxy Z Flip 3, to buy or not to buy?

One important thing to note is how Samsung addressed critical problems from its original Flip and dedicated to make amends — to which they’ve successfully delivered.

Samsung Galaxy Z Flip 3 is undeniably attractive when it comes to its design and its performance. With its multiple color choices, the customizable cover display, and impeccable operating system, it’s no wonder this smartphone is up for grabs.

The icing on the cake? It folds. Flip phones are revolutionary where it gives its users the best of both worlds, where when folded it’s the right palm-size and when unfolded it’s like a regular phone. Not to mention it fits perfectly in our pockets. As an addition, a neat party trick that will spark a good deal of ‘wow’ factory on people and is highly unlikely to get old.

However, its unmodified camera and short battery lifespan will be the reason why potential buyers aren’t rushing to buy this smartphone. Most phone users look for better battery lifespan and upgraded camera features — which other phones can provide (even though it’s not a flip phone).

All things considered, buying this phone depends on the user themselves and its usability. If you’re a heavy user that requires a long battery lifespan, then this phone might not be the best one for you. But if you’re looking for something that’s nifty and can overlook the cons, this smartphone is definitely something that is worth your money.

OnePlus 9 Malaysia Review: FAQ and Everything You Need To Know